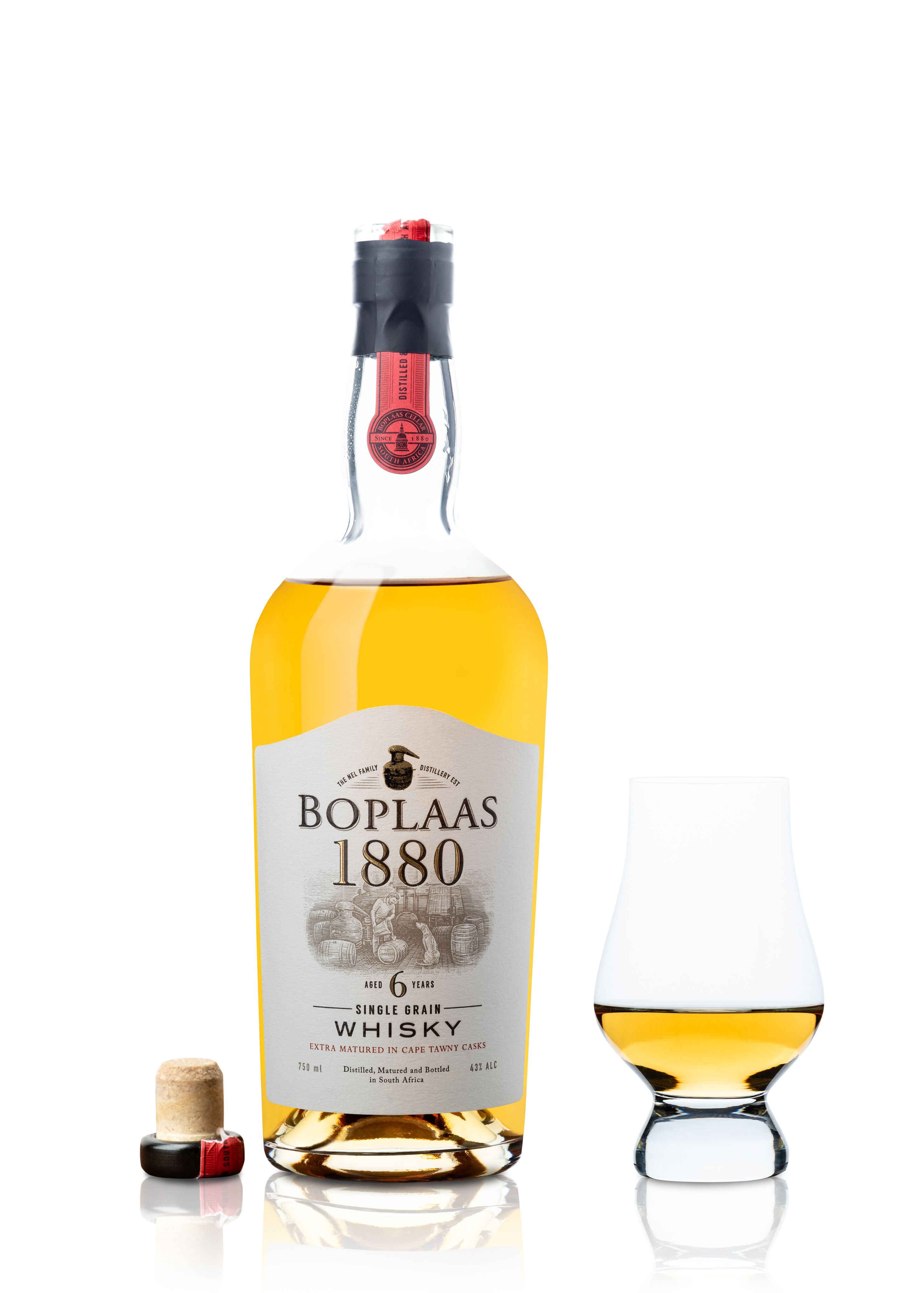 The Boplaas family winery and distillery has officially released its latest innovation – a whisky matured for six years and finished in casks formerly used for making tawny port-style. Entered at the recent Michelangelo International Wine & Spirits Awards, the whisky was South Africa’s highest-rated entry in the category.

As far can be ascertained, the Boplaas 6YO Cape tawny cask-aged whisky is the first of its kind in South Africa and the first whisky in the world that uses French oak casks seasoned with South African Cape tawny port-styled wine. “Port barrels – especially those whose origins are undisputed – are scarce,” says Carel Nel, Boplaas patriarch and long-time maker of champion port wines. “It gets even murkier when these barrels are used for maturing whisky and the style of port they once held is even unknown.” Its history of port-wine making and established reputation among the industry worldwide therefore provides Boplaas with strong advantage. “Barrels from ruby port are most commonly used, but with Tawny Port spending up to 12 years in the barrel, they’re extra seasoned,” says Carel. “The flavours they impart are simply out of this world, but not many producers make tawny and that makes this whisky extra special.”

The whisky, which received a platinum award of 96/100 at Michelangelo, is exclusively made from locally grown corn only, making it a single grain whisky. “For this particular whisky we use ex-Bourbon casks for five years that gives it a creamy mouthfeel with butterscotch and vanilla notes,” says distiller Daniel Nel. “We then finish it off in Cape tawny port casks for one year.”  The result is a whisky for savouring. The multi-layered nose shows a fruitcake nose tinged with winter spices, most notably cloves and cardamom, and highlights of cocoa bean, desiccated figs, rich apricots and raisins. Tawny character blooms on the palate – it’s bold, rounded and viscous, with a pleasant balance of yellow-fruit sweetness and oak spice that lingers.

Mountain water exclusively from the Swartberg located in the Klein Karoo is used. “Water is a substantial component in making whisky, which is why we only seek to use the best,” Daniel says.

The new whisky joins an extensive portfolio of award-winning wines and distilled drinks. In fact, the farm’s history of distilling dates to 1880, when the first order of potstill brandy casks was sent to Cape Town harbour by ox-wagon for delivery to London. After the repeal of distilling licenses in the early 1920’s, Boplaas’ copper pot still lay dormant for almost 70 years until it was fired up again in 1989. Boplaas has received numerous accolades for its poststill brandy, wines, port-styled wines and since it embarked on whisky, in this category as well.

The Klein Karoo’s warmer and drier climate accelerates the interaction with the cask wood, extracting more flavours and accelerates the ageing process. The annual evaporation is in excess of 5% per year compared to 1-2% in the Scottish Highlands and therefore makes for a super smooth and concentrated whisky. “These are the ideal maturation conditions as you can achieve the aged characteristics of a 10-year-old Scotch whisky in only six years under these warmer and drier conditions,” Daniel says.