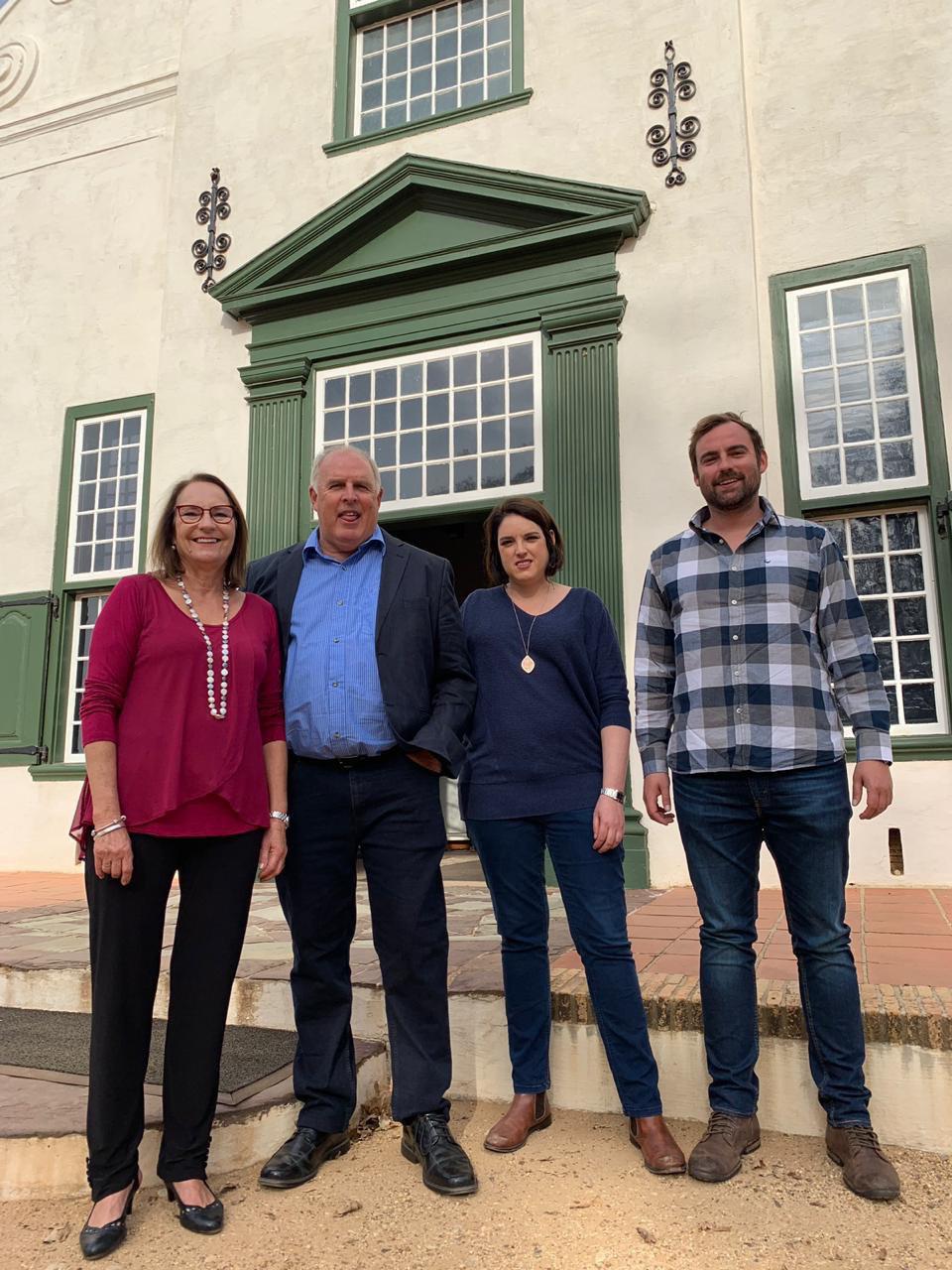 The links of top Klein Karoo winery and distiller Boplaas Family Vineyards to one of South Africa’s original and arguably most prestigious wineries was highlighted at a show of new releases held in Constantia last week.  Held at the premier Jonkershuis Restaurant, the event celebrated the heritage of Boplaas’s Carel Nel, descendant of the Cloete family who once owned Groot Constantia. They left the Cape due to the industry-wide outbreak of the vine-decimating pest phylloxera and moved to the Klein Karoo.  The function in Constantia put the spotlight on time-honoured traditions, exciting new ventures and hidden gems of the Calitzdorp-based producer that are excellent value for money, including Cape Portuguese White Blend, Tinta Barocca and Touriga Nacional wines.

The farm’s status as champion port maker also came to the fore. The Boplaas Cape Vintage Reserve builds the Nel’s legacy of crafting the finest ports utilising Portuguese varieties and traditional vinification methods, and which remain true to style.  Longevity of the wines – offering decades of enjoyment – was demonstrated with a tasting of the Boplaas Cape Vintage Reserve Port 2016 and 2006.

The youngest evolution of Boplaas’ long distilling history was also on display – whisky. It’s distilling began in the 1880s. The first order of casks was sent to Cape Town harbour by ox-wagon for delivery to London.  After the repeal of distilling licences in the early 1920’s, the Boplaas copper pot still lay dormant for almost 70 years until it was fired up again in 1989.

Daniel Nel, sixth generation at Boplaas, is now distilling the range of whiskies and gins. The former is aged in ex-bourbon casks for approximately five years, followed by maturation in amongst others tawny and vintage port casks.

For more information visit the Boplaas online store at www.boplaas.co.za