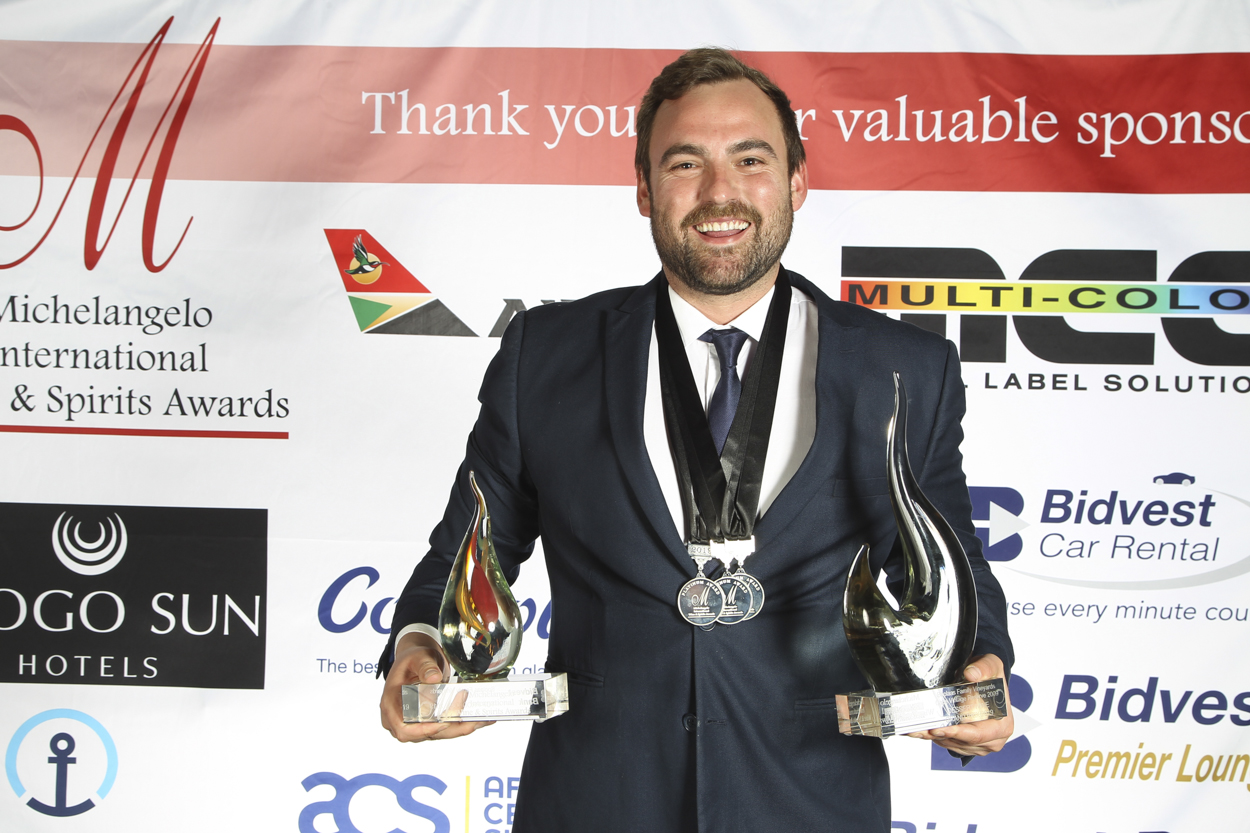 Boplaas Family Vineyards in Calitzdorp has been named the best South Africa producer at the 2019 Michelangelo International Wine & Spirits Awards. Now the largest competition of its kind in Africa, this year’s awards attracted over 2 000 entries.  Boplaas won the Multi Color Corporation Grand Prix Award for the top-scoring dessert wine – the Boplaas Cape Vintage Reserve Port 2009 – as well as three of the 13 Platinum medals awarded among its flood of accolades.

First of the Boplaas Platinum winners was its Cape Vintage Reserve 2009, a wine that consistently performs well across championships. It has been named the best wine in the Wine Magazine 10 Year Report, with 95 points; received five stars in the Platter’s South African Wine Guide 2012; won Double Gold at Veritas 2012; and, rated 94/100 by British Master of Wine Tim Atkin.

The Michelangelo judges also awarded four Gold medals, two of them in a category that is a focus at Boplaas – Portuguese varieties for still wines:

In both cases, the regional suitability for the varieties is supported by years of hands-on learning and the latest science at Boplaas. Winemaker Margaux Nel took Touriga Nacional as the subject of study for her MSc degree. “We are very proud of the Touriga Nacional and Ring of Rocks wines, which have amassed numerous awards over the years,” says Boplaas owner and cellar master Carel Nel.

The other Gold medals went to the:

These award-winning drinks are available from the Boplaas cellar door in Calitzdorp and at the Boplaas tasting room in Klipheuwel in Klein Brak along the Garden Route, as well as from discerning fine wine retailers nationally.