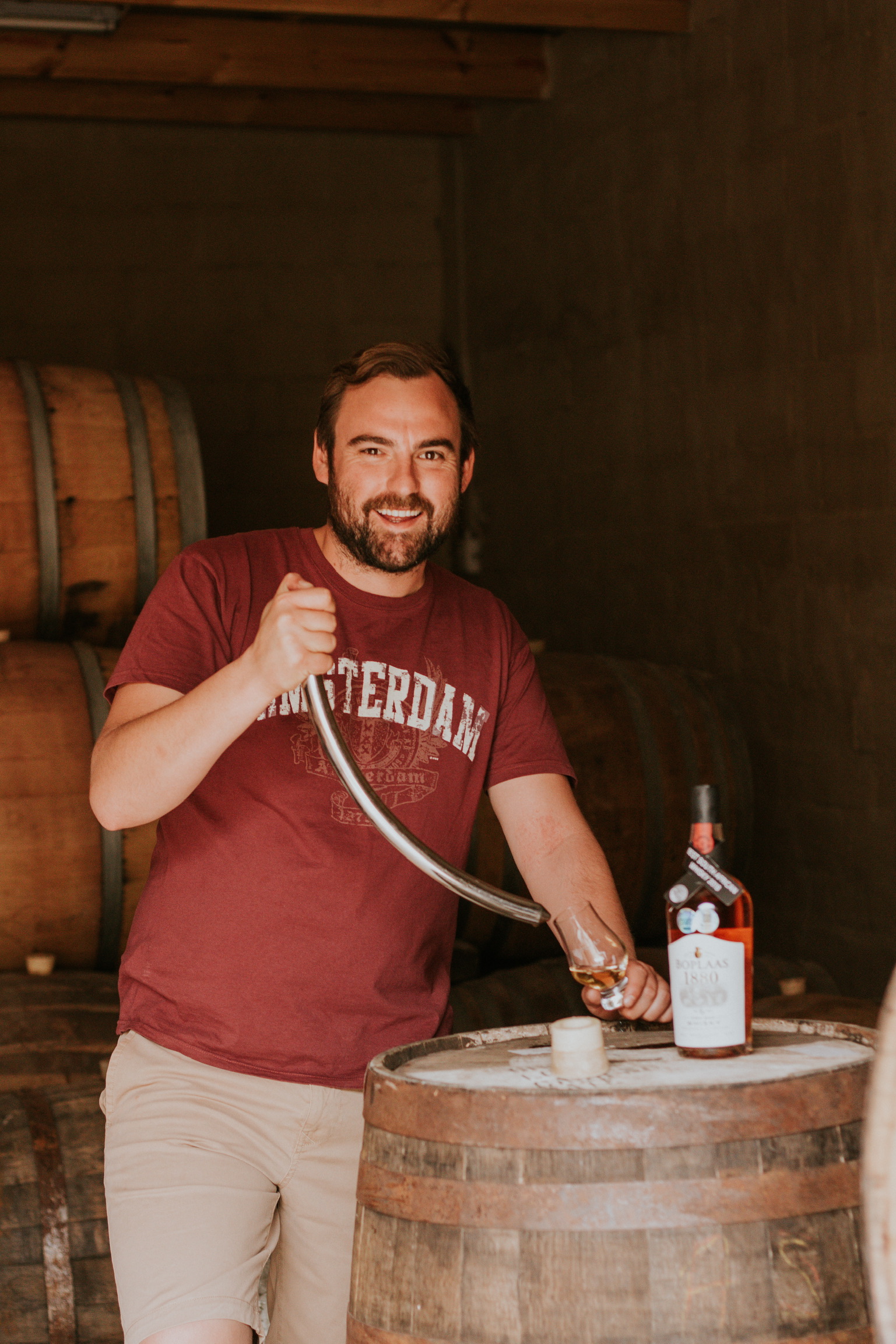 The Boplaas Family Distillery has launched a super-premium, single-cask grain whisky that was aged for eight years in port and bourbon barrels. Just 300 bottles of this fine spirit have been produced and they’re exclusively available from the Boplaas website; from the home of Boplaas in Calitzdorp; and, its Klipheuwel tasting room in Little Brak on the Garden Route. Each bottle is numbered and bears the signature of 6th generation distiller Daniel Nel.

“This has been a dream for a long time,” says Daniel. “Watching the development of the whisky year on year was agonising, but finally it’s here.” The Boplaas 8 Year Old Single Cask Grain Whisky is the colour of dark mahogany and resembles an old Cognac. Its palate is full-bodied, showing matured oak, raisin and tawny port with hints of vanilla and caramel. The whisky is rich and intense with a lingering finish of dried fruits and warm winter spices. It was distilled from South African yellow maize and then spent five years in second and third-fill bourbon barrels, followed by three years in barrels that formerly held Boplaas Cape Tawny Reserve Port. Each sojourn imparted unique character to the spirit, rounding it off to perfection. The whisky was then bottled at cask strength of 58% alcohol and in its most natural form – unfiltered and unfined.

The latest addition to a broad and award-winning portfolio of wines and spirits, the Boplaas 8 Year Old Single Cask Grain Whisky is the oldest expression among its whiskies. And its future looks bright considering its genealogy. The distillery’s 6YO, which as aged in a similar barrel, received the highest approval rating among whisky entrants to the Michelangelo International Wine & Spirits Awards.

“The 8YO is something very special. It represents the sum of our distilling heritage to date,” says Daniel. The whisky’s packaging underscores this intention. The bottle head has been dipped in red wax while a vintage illustration depicts Daniel and family hound, Tawny, in the barrel cellar. The date 1880 is embossed in gold, a reference to the Nel Family’s legacy. It was in 1880 that the first order of potstill brandy casks was sent to Cape Town harbour by ox-wagon for delivery to London. After the repeal of distilling licenses in the early 1920s, the farm’s copper still lay dormant for almost 70 years until it was fired up again in 1989.

Boplaas has received numerous accolades for its poststill brandy, wines, port-style wines and since it embarked on whisky, in this category as well. One reason for the latter is the Klein Karoo’s warmer and drier climate, which accelerates the interaction with the cask wood, extracting more flavours. The annual rate of evaporation of spirit through the cask wall is in excess of 5% per year compared to 1-2% in the Scottish Highlands. The result is Calitzdorp’s younger whiskies taking on the intensity and smoothness of age more rapidly.  “These are ideal maturation conditions as you can achieve the characteristics of a 10-year-old Scotch in just six years,” Daniel says.

The Boplaas 8 Year Old Single Cask Grain Whisky sells for R1 000/bottle. To order, visit one of the aforementioned locations or shop online at www.boplaas.co.za. Boplaas ships all over SA, free of charge if purchases total more than R1 500 or 12 bottles.